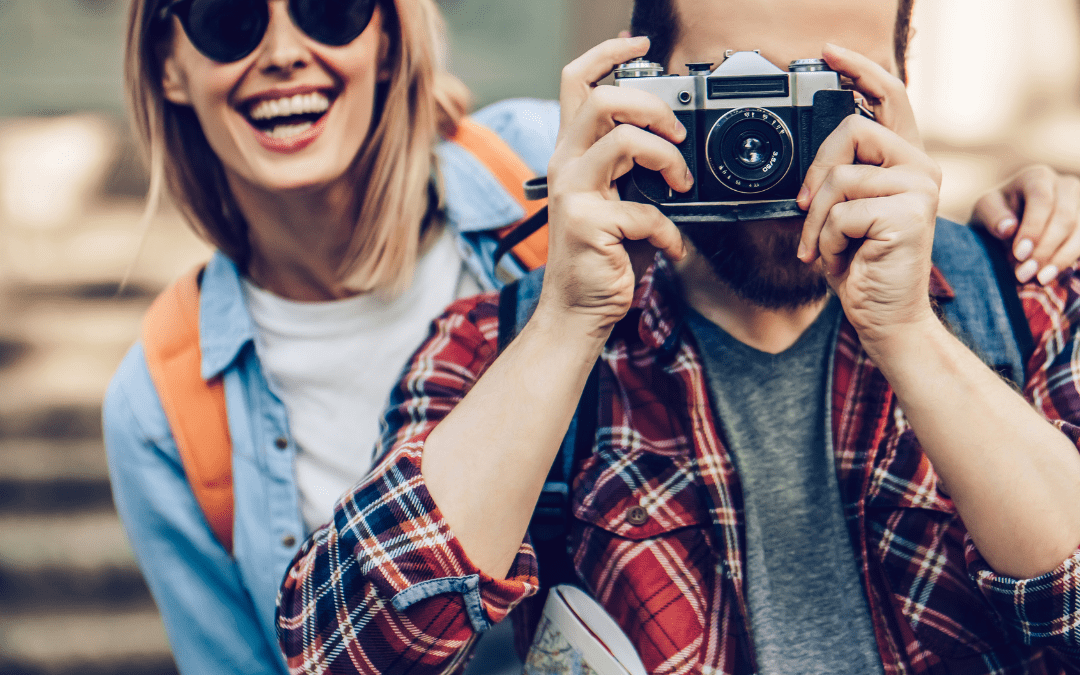 Namibia is an exceptional destination famous for its desert landscapes and unique wildlife. It also offers a wealth of cultural experiences, from admiring ancient San rock paintings to drinking German beer in the colonial town of Swakopmund. In Namibia’s Himba villages, tribal communities continue to live as they have done for thousands of years. Namibia is, therefore, the ideal destination for travelers that like to explore independently, with national parks made for self-drive safaris and a network of roads and towns that remain relatively safe.

Kolmanskop is a ghost town in the Namib desert, a few kilometers inland from the port town of Lüderitz. Germans settled in this area after a diamond was found here in 1908. The residents built Kolmanskop in a German village’s architectural style, with amenities and institutions including a hospital, ballroom, school, casino, and the first tram in Africa. The town declined when the diamond-field slowly exhausted and was ultimately abandoned in 1954. The forces of the desert mean that tourists now walk through houses knee-deep in sand.

Twyfelfontein contains one of the largest collections of rock engravings in Africa. Most of the carvings were created over 6,000 years ago by ancient Bushmen. The carvings were made by cutting through the hard surface layer of sandstone and representing animals such as rhinoceroses, elephants, ostriches, giraffes, and representations of human and animal footprints.

The Skeleton Coast consists of dense fogs, mighty storms, and violent surf caused by many ships in the past that ran aground along the Skeleton Coast, and the deserted coastline has become known as the world’s most giant ship graveyard. Those who were shipwrecked and managed to swim through the heavy surf and reach the coast still had to face the waterless, hostile coastal desert. The coast north of Terrace Bay, which is surrounded by high dunes, is the most attractive part of the Skeleton Coast.

The Caprivi Strip is a narrow strip of land between Botswana, Angola, Zambia, and Namibia. The Caprivi is the wettest region in Namibia with its high rainfall and several major rivers like the Okavango, Kwando, and Zambezi. The abundance of water sustains a large variety of animals, including a large population of elephants. The wildlife is protected in four reserves. However, there are no fences so that the animals can roam freely across the neighboring countries’ borders.

Brandberg Mountain is the highest mountain in Namibia, and the name translates as “Fire Mountain.” A term well-deserved by the glowing orange color of its cliffs at sunset. The mountain covers 650 square kilometers and holds one of the world’s largest collections of ancient rock paintings. More than 43 000 individual images were created by the San Bushmen thousands of years ago, depicting local wildlife, hunting scenes, and myths. The most famous painting is The White Lady of the Brandberg, believed to be around 16 000 years old. Apart from its artistic heritage, Brandberg Mountain is a rewarding destination for hikers and climbers.

The Spitzkoppe is a group of stark granite peaks in the Namib desert. The highest peak stands out about 700 meters above the flat desert floor. The granite hills were created by the collapse of a gigantic volcano more than 100 million years ago, and the erosion exposed the volcanic rock. Attractions include the many unusual rock formations and several San (Bushman) paintings found in various places.

Swakopmund is Namibia’s biggest coastal town and a popular beach resort for Namibians on holiday. The city’s German origins are distinct in beautiful old German Colonial buildings throughout the city, making a stark contrast with the Namib Desert Ccat the edge of town. The nearby dunes provide several activities such as sandboarding, horse riding, and quad biking, while the beaches of Swakopmund provide plenty of surf and sand.

Cape Cross is home to Cape Fur Seals’ largest colonies globally. The surrounding area was declared a reserve in 1968 to protect the biggest and best known of the 23 colonies of Cape Fur Seals that breed along with South Africa and Namibia’s coast. During the November / December breeding season, as many as 150 000 seals gather at Cape Cross. The name refers to the large stone cross built by Portuguese explorers in the 15th century.

Sossusvlei is an enormous clay pan surrounded by gigantic, red dunes. The Tsauchab River flows through the desert, and its occasional flooding waters the vegetation that survives in the clay soil. During sunrise and sunset, the dunes’ colors are constantly changing and provide an opportunity for photographers to capture the hues and contrasts. The fierce desert winds constantly change the dunes’ shape and texture, providing an ever-shifting desert landscape.

The Fish River Canyon in southern Namibia is second only in splendor to the Grand Canyon in Arizona. The canyon features a gigantic ravine, in total about 160km long, up to 27 km wide, and in places almost 550 meters deep. Because the Fish River is blocked, it only contains a small amount of running water.

Renowned as one of Southern Africa’s last true wildernesses, Namibia’s Damaraland region is dehydrated, rocky, and thinly populated. Its gigantic hills glow red in the early morning and late afternoon, and at night, the stars fill the sky unpolluted by human habitation. Damaraland is the traditional home of the Himba, a wandering tribe of cattle farmers that have survived in this harsh environment for thousands of years. In the most remote villages, their way of life remains essentially unchanged. The Himba women are famous for their elaborate hairstyles and their blend of butterfat and ocher. Cultural visits are the main attraction here, along with desert rhino and elephant tracking.

Ohorongo Game Reserve, located in the heart of the country, is within reach of all of Namibia’s must-see destinations, making it a great base camp. Take your pick on https://ohorongo.eco/local-attractions/, and naturally, we’ll arrange everything for you.