The rains at last 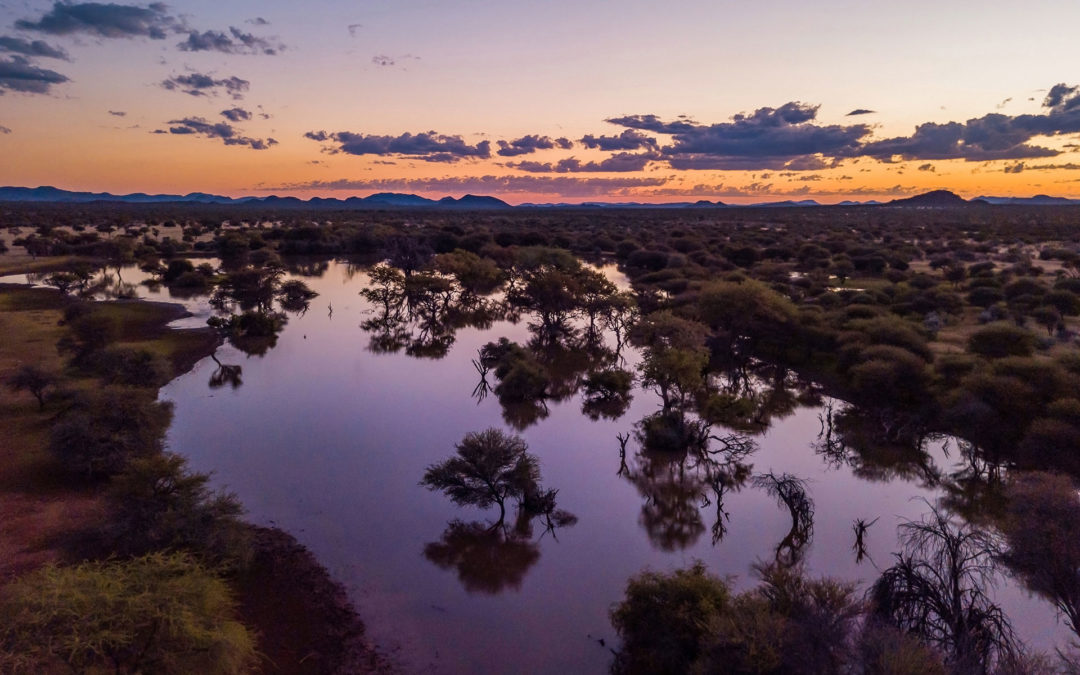 Climate change affects some regions worse than others; it seems the most precarious environments suffer the most. Most of Namibia has endured a 6-year drought, the worst since 1982.

This has affected rural communities seeking water and feed for their livestock and Namibia’s game populations alike.

While some animals are able to change their feeding habits, moving from grass to leaves, others are less adaptable and suffer more.

On Ohorongo, things got so bad we had to import feed from South Africa just to support the survival of select populations. It felt like a desperate effort while we were praying for the rains to finally return.

Stable low-pressure systems over the Indian Ocean have moved rain clouds further north-east over Africa, causing floods in Mozambique and leaving very little, if any, rainfall for the semi-arid regions of south-west Africa. Even the metropolis of Cape Town suffered and has had to ration water for its citizens – and narrowly escaped a true catastrophe.

Now, finally, as a Christmas present to all of nature, the rains have returned. We have seen dry riverbeds become rivers once again. The consistency means that grass will grow again, and we will soon see flower beds where there was red, barren soil only weeks ago. The miracle has happened and life will return in abundance. Springbok will have calves again; butterflies will swarm, and mushrooms will grow from termite hills. The latter happens to make the finest omelettes; a delicacy so rare its better than an Alba truffle.