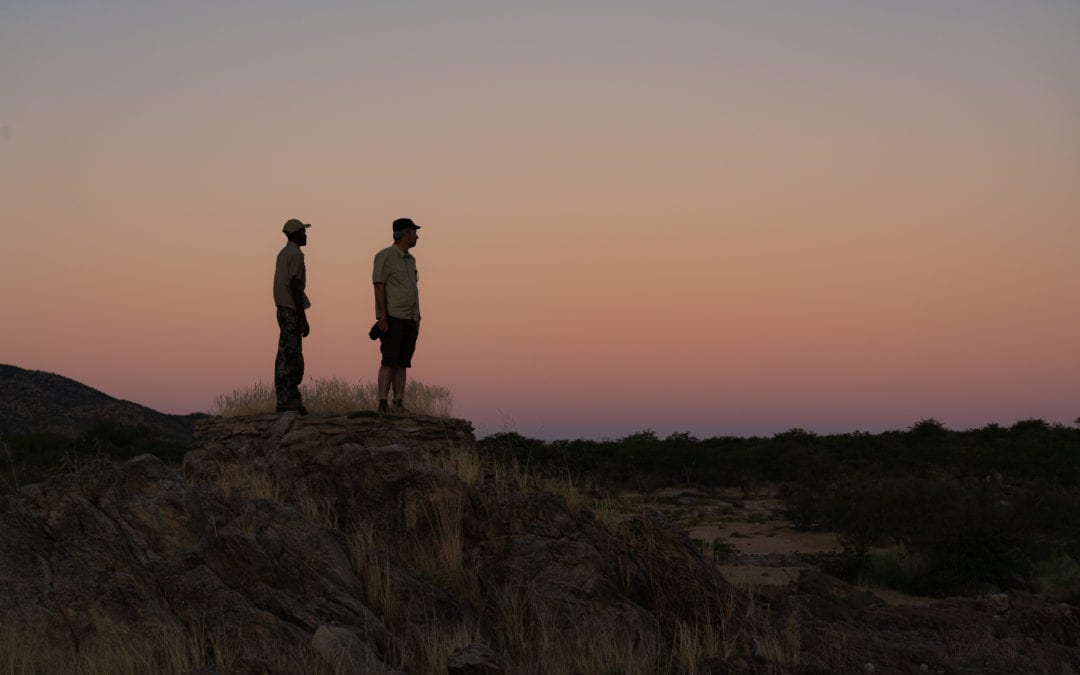 Namibia is a country of vast, open spaces. With the second-lowest population density of any country on earth, it’s the perfect place to escape to for some peace and quiet. It also means that any travelling by road has to be planned with some forethought. It is a surprisingly commonplace occurrence to drive for hours on end on the long, pencil-straight roads without passing a single car coming in the opposite direction. This also puts the accident rate into perspective. Without some explanation, vehicle-accident statistics in the country do not compare well with that of other countries.

However, rather than Namibians being particularly unsafe drivers, the relatively high accident rate highlights an overlooked problem – most accidents are single-vehicle accidents of people losing concentration or falling asleep on the long stretches between towns. That is why it is important to plan ahead, keep busy, and have refreshments on board – as well as good company to keep you alert on those long drives. Plan your itinerary well, so you have enough time to reach your destination and have car chargers and the like with you to charge your cellphone. And don’t depend on a data connection – it is always a good idea to have a GPS app on your phone that works offline and uses satellites only, so you can keep navigating, even when beyond the reception of the GSM network. Of course, keep your offline maps up to date.

And magic is there to be found, on the long road. Like a spider’s web, the road network reaches across the far reaches of Namibia, dotted along the way with quaint settlements and tiny towns. One such town is the aptly named Solitaire, in the Khomas Region. It is 142 km northeast of Sossusvlei and a haven for passers-through. Both people and cars can fill up here on the necessary sustenance before moving on. In fact, anyone crossing the Namib-Naukluft National Park in any direction between Windhoek, Sossusvlei, and Swakopmund will probably end up in Solitaire at some point of their journey.

Solitaire is truly a diminutive community – it has a population of under 100 – but it is certainly well-known for a few surprising reasons. It is home to a fascinating graveyard of vintage American cars, all remarkably well preserved, thanks to the dry desert air and lack of moisture. Solitaire is also known as far afield as the Netherlands, thanks to the book Solitaire written by Dutch writer Ton van der Lee about his stay in the town.

For the weary traveller, there is about all they would need to refresh and recuperate in Solitaire – no more and no less. That means a place to pause and discuss the wonders of Namibia with other travellers passing through, a filling station to top up your vehicle’s fuel tank, a general dealer, a chapel, Moses McGregor’s bakery, and a café famous for serving arguably the best apple pie in the country. Should you be so enchanted that you want to stay the night, you can do so at Solitaire’s lodge or campsite.

But Solitaire is more than 600 km away from the Ohorongo Safaris Lodge and tented camp, so you might miss it altogether if you fly to Windhoek and do not reach us via road. The closest town to our lodge is Kamanjab, 47 km northwest of our lodge as the crow flies and about 68 km by road. It is a far larger town than Solitaire, with about 6000 inhabitants. It sits at the junction of the C35 and C40 main roads and is the administrative centre of the Kamanjab Constituency. Kamanjab is a typical stopover for people travelling eastwards to Palmwag and the Skeleton Coast.

Just outside Kamanjab is the Omuasaona cultural village where the Himba people still make a living by way of their traditional customs. The Otjikandero Himba orphan village is also at Kamanjab. Another very popular attraction to the east of Kamanjab and close to our lodge is the Otjitotongwe Cheetah Park, where you can get closer to these majestic big cats.

Outjo is a larger town than Kamanjab – with around 8500 inhabitants – and is situated to the east of our lodge – around 138 km by road. Its main claim to fame is that it is commonly regarded as the gateway to the Etosha National Park. Just south of the town, the Ugab River passes, which is one of the bigger and more noteworthy rivers in Namibia. Outjo has its own airstrip that can accept light aircraft and is home to several schools, indicative as its role as a hub in the area. It is, after all, the capital of the Outjo Constituency and the closest place to our lodge where you can obtain the services of private doctors. While it is mostly a town for passing through, visitors to Outjo enjoy going to have a look at the impressive finger-like rock formation “Vingerklip” outside town, or to visit the Franke-Haus Museum or Naulila monument.

Another little gem less than 300 km by road from Ohorongo Safaris Lodge is Sesfontein. This is quite a substantial settlement by the standards of small Namibian towns and it has a population of over 7000. Its name is derived from the fact that six natural springs originate around the town and these include hot springs and a lovely waterfall, which are notable attractions. Sesfontein is also significant for being the place from where we start our famous off-road tour that takes our guests into the Kaokoland – a must-see experience for anyone travelling to Namibia, especially because of the likelihood of spotting the country’s famous desert elephants. The Hoanib River passes just south of Sesfontein.

All these captivating places are within easy reach if you stay over at Ohorongo Safaris, either at our lodge or at our luxurious tented camp. Let us sit down with you to work out a Namibian itinerary that will make sure you get to see the best the Kunene Region has to offer, including the world-famous Etosha National Park. We can also arrange a multi-day tour to the Skeleton Coast and Caprivi. The sky is the limit as to what you will experience when you stay with Ohorongo Safaris.