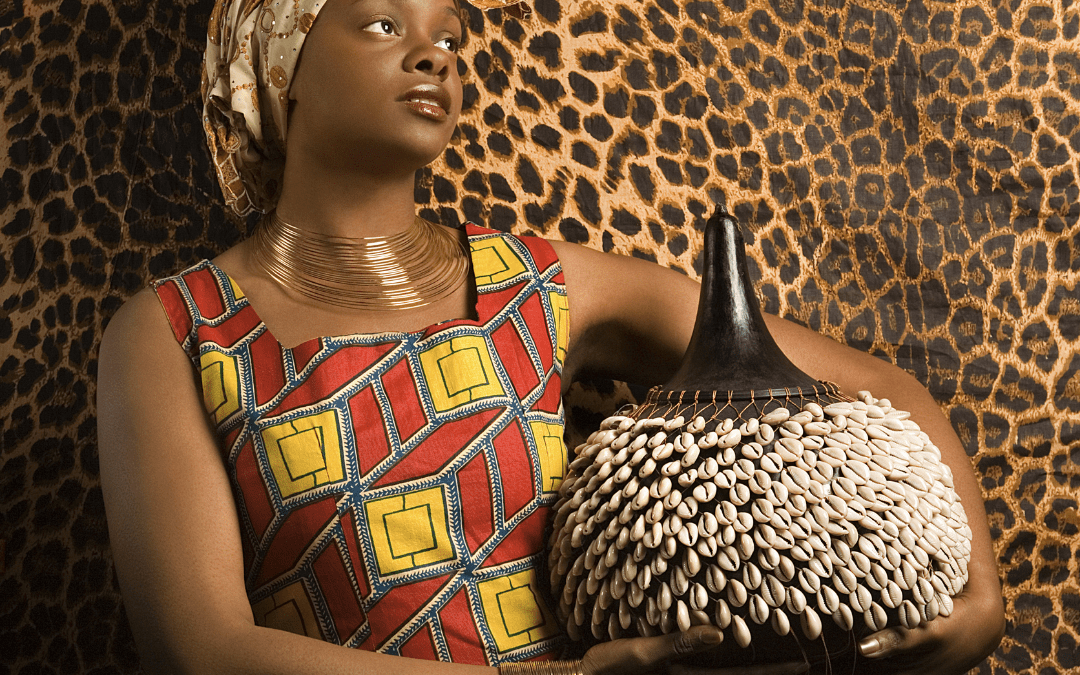 Traditional attire has played and still plays an important symbolic role in the preservation of national values and cultural heritage in Namibia and the creation of a feeling of unity within the various tribes in our country.

Many traditional clothes have detail and elements which are fascinating and bring Namibian art and talent to life. Let us take a closer look at the finest traditional attire adorned by our Namibian tribes.

The San people are mostly hunter-gatherers, thus their clothing is made of animal skin and hides. The men wear antelope skirts and leather coats with shoulder bags, which contain everything they need for their journey.

The women also wear skirts and pants made from animal skin and leather coats and double leather aprons that cover the front and back. They also decorate their hair, arms, and legs with rings and necklaces.

The San people wear little clothing, and their clothing covers no more than the waist leaving the rest of the body exposed. Although these people are traditional Aboriginal people, a few of them are starting to wear western-style clothes.

The early Nama wore clothing made solely from animal skin. In summer, they would wear the robes of skin with the fur on the outside, and in winter, they would turn the clothes inside-out to keep warm.

The traditional dress of Nama women consists of long, formal dresses that resemble Victorian traditional fashion. The long, flowing dresses were developed from the style of the missionaries in the 1800s, and this traditional clothing is an integral part of the Nama nation’s culture today.

The Damara made use of animal hides for clothing. The principal animal hides used were those of springbok and goats for clothing and sheep and jackal for blankets. Damaran traditional attires differentiate between a girl, an unmarried or married woman, and an elderly woman in the same manner that it differentiates between boys, unmarried and married men, and men of the age.

Some outfits were reserved for special ceremonies in contrast to everyday garments. The replacement of animal hides with fabrics has also been visible in the Damara culture as the outfits are mostly worn to cultural ceremonies and on special occasions.

The Damaran sought a perfect substitution for animal hides and introduced the Damarokoes (Damara dress). The Damarokoes were adopted from missionary wives in the mid-19th century. The dress was adopted to cover up the “nude” Damara women and ensured that with its ankle-lengthiness and long sleeves and a ǃkhens (shawl), it ensured maximum coverage.

The Dama ǃkhaib (headgear) is a unique innovation of the Damara women as they shaped a headgear that can be fashionable yet work effectively to still carry water containers and firewood.

It is not only the ǃkhaib that is effectively fashionable as the sleeves of the Damarokoes also have a protruding elbow design that allows the elbow to contract and release without constraints. The length of the dress is also designed to avoid being caught by twigs, branches, and or thorns.

Damara men wear shirts, coats, and or blazers with Damara colours. The traditional Damara colours are blue, white, and green. Sometimes the men embellish their attire with print or embroidery.

The traditional attire of the Ovambo people is made from a material known as odelela. The women of Ovambo wear long dresses, skirts, and puffy short sleeves while the men wear shirts made from odelela.

The women of Ovambo also wear adornments including waist beads, shells, animal skin, and hide. These ornaments are worn based on the age, class, or marital status of the women. The Ovambo is easily recognisable by what they wear, and their cloth is widely used on the traditional garments of other tribes like the Ovaherero and the Namas.

When it comes to weddings and traditional ceremonies like olufuko, the odelela skirt is adorned with waist beads, shells, and animal hide belts that are all worn differently depending on a woman’s age and marital status.

The traditional attire of the Herero tribe of Namibia is called ohorokova, which is a traditional dress adapted from a Victorian-style dress. The ohorokova is worn with a hat that mimics the horn of a cow and the dress sports a colourful wide skirt filled with lots of layers. The men wear western clothes that consist of shirts and trousers that are sometimes worn with a coat or suit with a hat.

The most distinctive feature of the Herero women’s dress is the horizontal horned headdress, called the otjikaiva, which is a symbol of respect, worn to pay homage to the cows that have historically sustained the Herero.

The headdresses can be formed from rolled-up newspapers covered in fabric. They are made to match or coordinate with dresses, and decorative brooches and pins are attached to the centre front of the dresses. The overall intended effect is for the woman to resemble a plump, slow-moving cow.

The Himba men’s traditional clothing consists of a simple calfskin skirt (although modern fabrics are increasingly being used) that is matched with non-traditional clothing, such as shirts or jackets. Their sandals have soles which are often made from old car tyres. The Himba today adorn themselves with traditional jewellery according to ancient customs.

Both men and women wear large numbers of necklaces and arm bracelets made from ostrich eggshell beads, grass, cloth, and copper. Adult women wear beaded anklets to protect their legs from venomous animal bites, and the large white shell worn around the breast of the Himba women is called an ohumba.

The people of Kavango use animal skins in their traditional outfits. The women wore several rounds of necklaces made of ostrich shell beads, spiral-like bracelets and bangles made of copper, and long braids made of plant fibres. One hair-dress could last for months or a year, but then it had to be renewed. The men often shave their hair away.

In the past, the clothing style of the Kavango people was truly traditional. The men could wear only a belt and a small front apron to cover their genital area, however, the women had more material and their apron-like clothes looked more like a skirt. The women’s breasts and men’s buttocks could be visible, and the people did not consider themselves at all being naked.

Namibia is a land of diversity – where clothes transcend cultures, time, and geographies.

Whether we are talking about the present or Victorian times, what we wear on our bodies has meaning. Our clothes indicate who we are as individuals, as well as who we are as a society.