Rivers That Flow Through Namibia 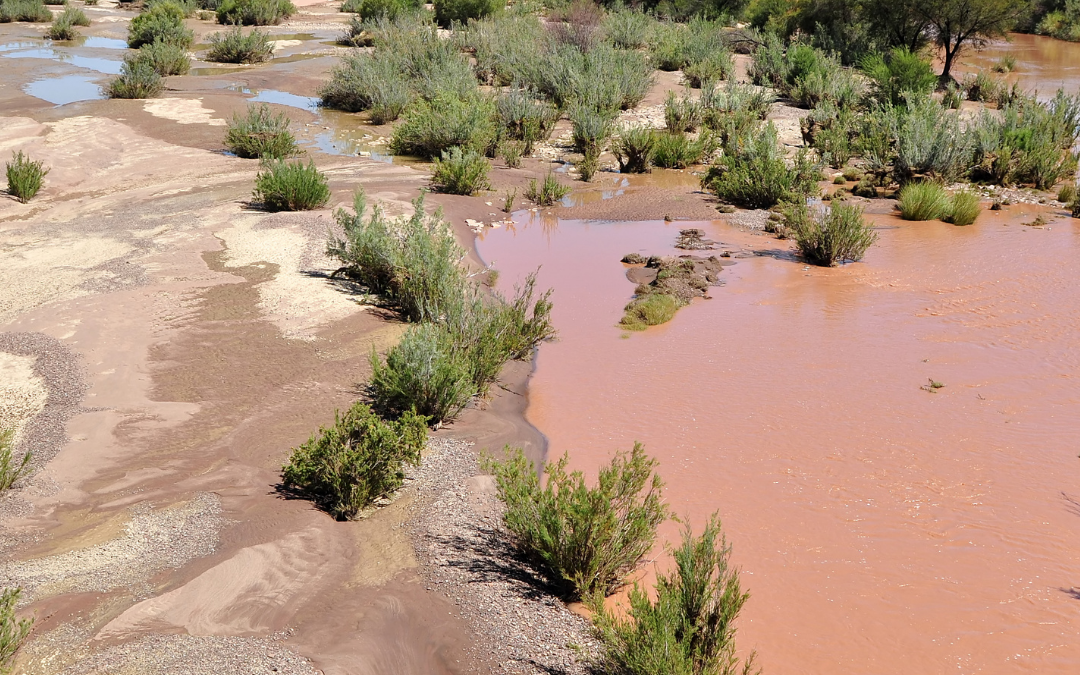 A river is a large body of water that flows overland in a long channel. Most rivers begin high in the mountains or hills. A river’s source may be a melting snowfield or glacier (although in Namibia we generally rule out these two options), a spring, or an overflowing lake.  As a river flows in its channel, it receives more water from streams and other rivers. At the end of a river is its mouth, where the water empties into a larger river, a lake, or an ocean.

The landscape in Namibia is crisscrossed by many rivers, and some of them are so small, that they dry up during hot and dry seasons. Most rivers in Namibia are ephemeral, flowing for a short time, sometimes only hours, after periods of high rainfall.

Here is a look at some of the rivers that flow through the Namibian landscape.

The Chobe River forms the northern boundary of the Chobe National Park in Botswana and the higher reaches of this river are known as the Linyanti. The riverine vegetation is luxurious and Namibian visitors can experience the expanse of vast floodplains and savannah of the Chobe River, on a river cruise or game drive along the riverfront.

The best time to witness the ongoings of the Chobe river is in the afternoon and on a boat cruise. Even though the riverine landscape has become overpopulated by elephants, there is still a good chance of spotting lions or cheetahs near the river. You may also catch a glimpse of hippos as they amble on to dry land. Buffalo migrate to the river in thousands. You may also see several giraffe, zebra, warthog, brown and spotted hyena, jackal, baboons, and wild dogs.

If it were not for the Fish River carving out a huge gorge for millions of years, there would be no Fish River Canyon. The Fish River is the longest interior river in Namibia, and it cuts deep into the plateau, which is dry, stony, and covered with drought-resistant plants such as succulents. These layers formed part of the canyon about 650 million years ago, when underground plate movement cracked the surface of the earth, in what was the first process in the formation of the Fish River Canyon.

This river flows between March and April. By April, the roaring currents have diminished into a small stream, before being just a chain of pools along the canyon floor in the winter. However, there is good groundwater beneath and around the riverbed. Dramatic waterfalls, where the water plunges several hundred metres, can only be witnessed during the rainy season.

The Koichab River flows westwards at the southern end of the Namib Desert sand sea. Dunes have blocked its surface flow to the sea, leaving its floodwaters trapped in the Koichab Pan. The groundwater comes to the surface at Anichab, near the coast, where mankind and the animal kingdom have utilised this source for centuries. Lappet-faced vultures nest in camelthorn trees on the river’s edge. These trees also provide shelter from the blazing sun for gemsbok and springbok.

The Orange River, also known as the ‘River of Diamonds’, has contributed greatly to the Namibian economy through Namibia benefiting from diamonds as they were carried to the Namib coast by the Orange River, before being redistributed by wind and waves.

The sparkling stones are formed deep underground and are brought to the surface through the earth’s ongoing movement and are eroded out of the ground by wind and rain. Thanks to nature, Zacharias Lewala picked up one of these sparkling stones in 1908 near Kolmanskop. The rest they say is history.

The Swakop River has two major dams in its upper reaches, that supply water to Windhoek (the Goreangab dam and the Von Bach dam). When the river flows, it is mainly from its main Namib feeder, the Khan River. It has a small lagoon at its mouth that comes and goes depending on the strength and types of floods.

The Swakop river supports riparian vegetation composed of large trees and shrubs, even close to the coast. Ana trees, camelthorn, and tamarisks form impressive stands in the river, providing shade, food, and shelter for animals and people. Also found in the dry riverbed are herbaceous plants, which due to the higher water supply, grow much bigger and often almost shrub-like.

In the far north-east of Namibia, the incredible Zambezi River serves as the frontier between Namibia and Zambia, before plunging over the mighty Victoria Falls in Zimbabwe. It is the fourth-longest river in Africa – only the Nile, Congo and Niger are longer.

This magnificent river rises in Zambia, near the border between the Democratic Republic of Congo (DRC) and Angola. The river follows a winding course of approximately 2,736 kilometres, separating Zambia and Zimbabwe and crossing Mozambique to empty into the Mozambique channel. The Zambezi has many branches to its mother river.

The upper course of the river lies on level land, where the water supply depends on rains that fall from October to March. From this plateau, the Zambezi plunges to a lower level over Victoria Falls – a mighty cataract of water.

Modern-day explorers can experience the thrills and excitement of the Zambezi River with its incredible waterways, floodplains, riverine forests, and backwaters.

Professional guided tours on vehicles and – preferably – boats, on and around the river are a real drawcard. There is also an exceptional variety of birdlife, game, and vegetation.

The mid-afternoon to sunset period is usually the best time for game viewing. The region is filled with game and all the large animals that congregate on the riverbanks to drink, bathe, play, and graze.

Exploring our Namibian rivers is meant to be a quality experience, and what better way to experience quality than on a guided tour at Ohorongo Game Reserve. Have a look at our guided tours on https://ohorongo.eco/ and book your view of our African landscapes.