The Climate in Namibia 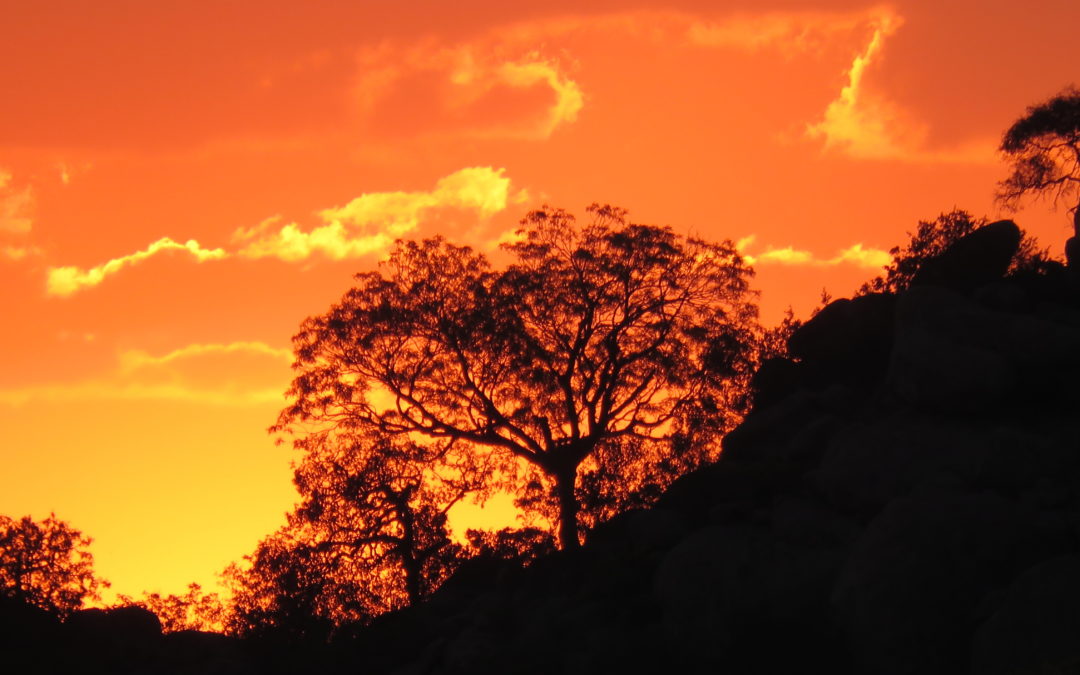 There are several reasons why Namibia is such an incredible place to visit and one of these is the climate. Namibia is the driest country in Sub-Saharan Africa and sits right in the Sub-Tropical High-Pressure Belt. It is mostly arid to semi-arid and one would expect that, being composed of mostly desert plains and sand dunes, it would be unbearably hot. However, the moderating effect of the cold, north-flowing Atlantic Benguela Current makes the coastal region far cooler than the rest of the country and it is also responsible for the very low levels of rainfall in this area – as well as Namibia’s famous, dense, sea fog.

Temperatures increase markedly as one moves inland, but not as dramatically as one might expect, because this is somewhat moderated by the steady increase in elevation of the inland areas – the capital, Windhoek, is on a plateau a full 1700 m (5570 ft) above sea level. The southern desert regions that are generally lower above sea level are also the hottest parts of the country – often well over 40 °C (104 °F) in summer. This is made more bearable by the very low levels of humidity. Wintertime is host to an interesting phenomenon, namely a hot mountain wind that blows in a westerly direction from the inland area, often causing impressive sandstorms. The sand is blown into the Atlantic and these sand deposits can often be observed on satellite photos.

Summer is the wet season and this is typically from November to April. November is still hot and dry – very much so in the desert regions – with temperatures usually dropping somewhat when the first rains arrive in December. January and February are the mid-summer months with day temperatures in the region of 30 °C (86 °C) or more and, again, far higher in the desert. Mornings are typically clear and afternoon storms are typical and quite a frequent occurrence. By April, the rainy season is over. On average, Namibia has over 300 days of sunshine per year.

Winter is the dry season with little to no rainfall. Many visitors feel that this displays Namibia at its most authentic, with the vivid browns and reds of the sandy landscape being particularly captivating, especially for avid photographers. More animals can be spotted too, as they mostly gather at the waterholes and other water sources. May is still quite green, even though the rain is gone, yet it is not yet too cold at night and day temperatures are in the low to mid-20s degrees Celsius (around 70 °F).

From June to August, night-time temperatures can drop below freezing in the desert regions and those early-morning game drives certainly call for warm clothing. However, the average day temperature rarely drops below 20 °C (68 °F). Generally, there is a big difference between day and night temperatures throughout the year. Some people regard August to October the best time to visit Namibia. The arid desert scenery is still on spectacular display, but the cold has mostly gone and the skies are clear.

The evergreen Caprivi Strip in the extreme northeast of the country is the exception to all Namibia’s rules and is the wettest part – often receiving well over 600 mm of rain per year. It is the greenest part of Namibia but it is also very hot and daytime temperatures in summer generally exceed 35 °C (95 °F), not dropping much below 20 °C (68 °F), even at night. In winter, daytime temperatures stay in the high 20s (around 82 °F) and, although it can get quite cold at night, it never freezes. At least a third of the month is rainy during summer; little to no rain falls from June to August.

The central highlands of Namibia around Windhoek (and the region of our lodge) generally have fairly moderate temperatures by dint of the region’s not-insignificant elevation of around 1700 m (5570 ft) and more above sea level. The Namib and Kalahari regions are a different story and, in these desert regions, summertime maxima can reach a scorching 50 °C (122 °C), while, in winter, minimum temperatures can drop below freezing. Talk about extremes! But then, Namibia is a country of extremes and the weather is no exception.

The closer one gets to the Atlantic coast, the harsher the weather gets. It might not be as hot as the inland areas, but the coastline barely gets any measurable rainfall at all. The southwest wind is cooled down so much by the cold Benguela current that no clouds can form here. Yet, for 200 days of the year, a thick fog bank forms over the Atlantic that may drift inland several kilometres and is the sole source of moisture that many of the fauna and flora in this harsh area get.

So, when is the best time of the year to travel to Namibia? That depends on your viewpoint. Many people prefer the summer for the sunny weather and greener countryside. However, others believe that wintertime is when Namibia is at its most authentic with its earthy tones; of course, the milder temperatures are another plus. In addition, the scarcity of water makes the wildlife easier to track down at the remaining water sources – ideal for spotters of the Big 5. In fact, with less dense vegetation, all animals are easier to spot. Stargazers will also find Namibia to be the perfect place to practise their pastime. Namibia has the second-lowest population density in the world after Bolivia and because of this, there is a distinct lack of air and light pollution.

So, the short answer is that there isn’t a bad time to visit the country and, unlike countries far from the equator that experience snow and extreme sub-zero temperatures, Namibia can be visited all year round, with each season having its own special charm.

For some useful advice on what to keep in mind when travelling in Namibia, take a look at our other blog entry, Travelling in Namibia. Also look around elsewhere on our website for all the things you can do and experience in Kunene. Stay with Ohorongo Safaris and you’ll be close to Etosha and the Skeleton Coast too. Let your African adventure start with us.